Angelo Alvarez - Health Inside Out 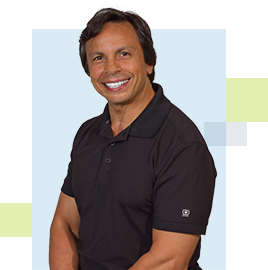 Welcome My name is Angelo Alvarez, Wellness Director at Health Inside Out. I am not a doctor and do not diagnose, treat or give medical advice. I am a wellness coach. I am sharing what I have learned from, years of attending seminars on health and wellness, research, my own personal experience on health and illness, and the great opportunity of having worked with individuals in the field of health and wellness, nurse practitioners, nutritionists, and brilliant doctors.

My mission is to share and empower people to create conscious behavioral lifestyles changes that leads to a state of wellness and wellbeing.

With many options of cryotherapy clinics on the rise, it’s important to be discerning when selecting the right practitioner. Angelo Alvarez, owner of Health Inside Out & Scottsdale Cryotherapy, sets the bar exceptionally high when it comes to integrity, passion, and knowledge in the arena of health and wellness. His dedication to maintaining his own health is incredibly inspirational as he leads by example to inspire those who are fortunate enough to cross his path.

Alvarez, a NYC native, frequented a local juice bar where inspired by Gary Null, an advocate for naturopathy and alternative medicine, he had his first shot of wheatgrass at the age of 16. Gary Null was ahead of his time in health and wellness and he challenged the government and the integrity of the food industry. He felt that they weren’t likely promoting foods in the best interest of the health and of consumers. Today we are fortunate enough to be much more informed than most were in the 70’s. Angelo developed his passion for wellness as he attended Gary Null’s seminars, and others, read books and articles, and became very health conscious. At the age of 21, Angelo and his wife had a son who developed chronic asthma. As a result they were committed to implementing a good system of health for their son including a dairy-free/gluten-free lifestyle. They also avoided feeding him processed cereals and bottled juices thus keeping his condition at bay. As a young dad with the intention of supporting the family and serving his country, Angelo joined the military in 1981 and served for 4 years as a Marine. During that time he was on the Engineer Reconnaissance Team where they underwent highly specialized training to be prepared to go behind enemy lines. Part of the specialized training included a 3-week course in Korea on cold weather training where Angelo learned the importance of effects of exposure to cold on the body. Coming out of the military in 1985 he continued to practice cold weather training and also got more involved into health and wellness. The military also had a huge impact on his character teaching him pride, discipline, integrity, and leadership that would carry over to all of the future endeavors he set out to do.

Initially his career path led him to work and invest in the beauty industry, specifically hair salons. He was drawn to this this industry as it allowed for freedom, creativity, travel, and not being stuck in an office behind computer and a desk. Angelo found success with his salons and had the opportunity to partner in several locations thereby making him a key player in the ability to create a culture. Finding success in the salon business allowed him to serve high-end clients and celebrities. He received exposure and recognition by the then radio talk show The Howard Stern Show, was featured on television shows such as The Montel Williams Show and interviewed by The View. Angelo found the perfect opportunity to integrate his passion for wellness into his salons by creating an informational newsletter called “Healthy Lifestyle News” which focused on creating more awareness in health and wellness and recognizing that beauty starts from the “inside out.”

The success of his business came with a price to pay, which was a 90 minute commute to and from work, managing 50+ employees and staff in his multiple salons, and a fast paced, high stress lifestyle. While he loved what he had built, in 2009 he came to an epiphany that would change his direction in life. He had a vision of moving to Florida with his brother to open up a “green” salon. Shortly after taking steps to move forward on the dream, Angelo’s brother developed cancer and his life ended rather quickly after the diagnosis. This tragedy of his brother’s passing really put life into perspective for Angelo and he was committed from that day forward to living life fully each day. 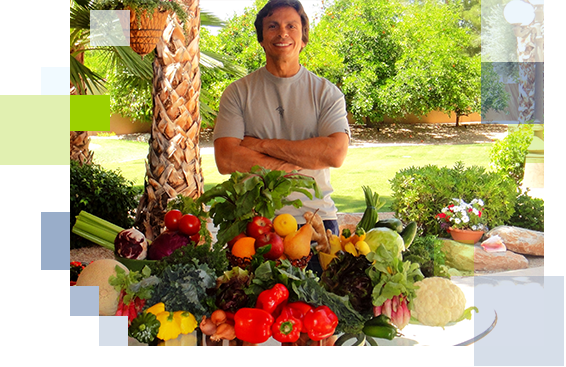 In 2011 after having visited a good friend in Scottsdale, Angelo was offered a job with his friend’s company so he made the move. In January 2012, after having achieved extreme success in his company, Angelo’s friend invested in a new business concept and opened up an alternative health clinic called The American Center For Biological Medicine. Within the clinic Angelo created a company called True Lifestyle Changes, a concierge full-service nutritional support system designed to create custom meal plans that work hand in hand with doctor protocol for patients undergoing treatment at the clinic. During this time for his own personal health needs Angelo found Dr. Lovic, a naturopathic doctor, where he had his first introduction to cryotherapy. The experience lead him to perform a case study on himself yielding amazing results. Afterwards, he decided to implement the cryotherapy modality within his clinic. While working at The American Center for Biological Medicine, Angelo realized that cryotherapy is just one modality that when combined with other types of health modalities, it can catapult your health to another level. However, with the growth of Angelo’s cryotherapy company, it has made it impossible for him to remain working at the American Center for Biological Medicine and be with such a great staff. Nevertheless, he is very thankful and grateful for having had the opportunity to work with such admirable and respectable doctors as Dr. Dickson Thom, and Dr. Jeoffrey Drobot.

Angelo is a man with impeccable character who is committed to living with intention and purpose each and every day. He makes an effort to begin every morning with gratitude and meditation. His mission is to do well each day and live a life of service. Over the years he has learned that there’s not one magic formula for everyone so individuals need to be treated as such. As a result of his consistency and discipline towards health, he has a youthfulness about his appearance that would put people guessing him at an age much younger than he actually is. I’d say at 56 years old, Angelo radiates abundant vitality and is living his mission by helping others to do the same.

As of December 1, 2022, Health Inside Out will be scaling back our clinic in Scottsdale and expanding to Puerto Rico, where we will be opening a new full-service wellness retreat in the very near future. Settled near Aguadilla, a picturesque surf town with palm lined beaches, crystal clear waters, and breathtaking sunset views, we plan to offer an expansive range of wellness services in a tropical bed and breakfast environment.

While in Puerto Rico, I will also be available for wellness coaching and consultations via Zoom and telephone. Please feel free to reach out to me with any questions or wellness needs you may have.

It has been a pleasure working with each of you here in Scottsdale these last 10 years and I look forward to having many of you visit our new location in Puerto Rico!

Thank you for giving me the opportunity to be part of your wellness journey and remember, wellness begins from the inside out.